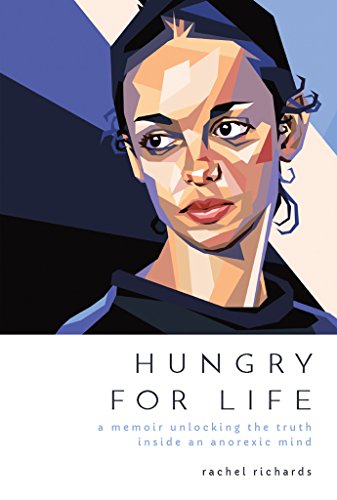 In this painfully moving memoir, take a firsthand look at anorexia through the eyes of a young girl. Even in kindergarten, Rachel Richards knows something isn't right. By leading us through her distorted thoughts, she shines a light on the experience and mystery of mental illness.

As she grows up, unable to comprehend or communicate her inner trauma, Rachel lashes out, hurting herself, running away from home, and fighting her family. Restricting food gives her the control she craves. But after being hospitalized and force-fed, Rachel only retreats further into herself.

With a driving perfectionism, she graduates college with honors. But at sixty-nine pounds, Rachel is a shell of nervous and obsessive behaviors that have controlled her life. Years of self-harm and self-loathing have fueled the inner battles between good and evil, health and sickness, and life and death.

Acting on stage offers her moments of freedom from the skewed perceptions she's constructed over the years. But her dream of a career in theater is not enough to save her. What is the secret that will finally unleash her will to recover?