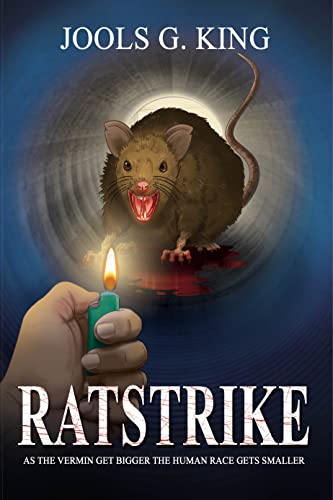 LONDON, England July 9th 2022—For his debut novel, Ratstrike, Jools G King envisions a dystopian, neo-feudal near future where society has collapsed under the strain of a mutating rat infestation. These killer vermin have taken over the towns and cities, threatening the rural communities too. Loosely formed guerilla groups of surviving humans attempt to fight back, but do a group of research scientists have the answer?