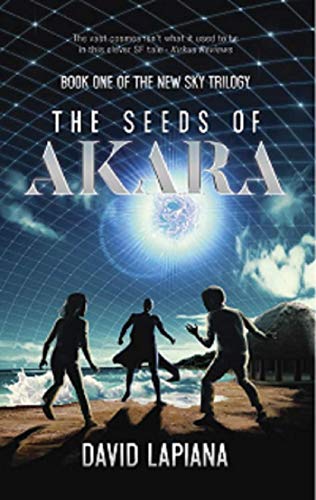 The Seeds of Akara David LaPiana

The universe is dead. It has reached its eventual heat death, and all molecular motion has ceased. But something has taken all the lifeforms that had ever existed and placed them in a latticework sphere around the last star. The truth of their existence is known to few, and the ultimate reason for their existence is known to fewer still. When a universally deadly pathogen is released in one of the more primitive worlds, a small band must get to the prime world to keep it from destroying theirs, to stop the virus. Book One of the New Sky Trilogy is the beginning of an epic adventure that will determine nothing less than if consciousness will continue.

"The vast cosmos isn't what it used to be in this clever SF tale." -Kirkus Reviews.