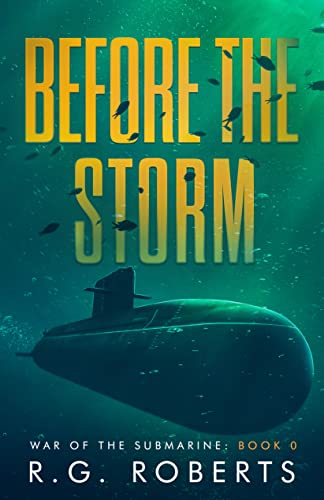 Before the Storm R.G. Roberts

Underwater is the new frontier! When undersea pirates start reaving a bloody trail across (and under) the Indian Ocean, it's up to Lieutenant Commander Alex Coleman to figure out how to stop them. But these guys are clever as well as stealthy, stealing pricey civilian submarines when they're not busy killing civilians. So, he teams up with his old college roommate, Marine Colonel Paul Swanson, to set up an unorthodox trap for the pirates - but will they take the bait, or will Alex end up on the wrong end of the deal?